Sale on canvas prints! Use code ABCXYZ at checkout for a special discount!

A Serenade From The Stars Of A Great Human Curiosity 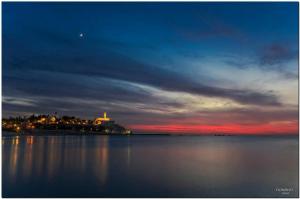 Taking the time to walk slowly across the shore
you can feel the wind blows all around, making music and bringing memories from many other places

And then at nightfall, when the drama begins, as the canopy of stars is being exposed with the enchanting royal blue sky, the whole scene has a dreamy quality, like a fairy tale, outside time.

Everything is relaxed, time becomes elastic and thoughts are full of appreciation. Reflections of love are all around, when the nature presents its finest moments:

all photos can also be viewed at Ronsho Visual Art
http://ron-shoshani.fineartamerica.com 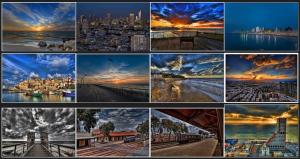 For Israel, a country with a population of eight million people, equivalent to New York city eight million population this is an outstanding achievement. The extremely entrepreneurial culture that’s present in Tel Aviv can not be denied. With more than thousand new startups founded each year, Israel’s startup nation has produced fantastic sources of innovation and world class technology companies.

Years 2015 and 2016 presented some even stronger acquisition wave, where US tech giants such as Facebook, Amazon, Microsoft, IBM, Oracle, Apple and Google went shopping in the “startup nation” arena in an impressive tour de force. One impressive and memorable acquisition happened where Google had acquired the Israeli Waze for $1.1Bn, giving a social data boost to its mapping business.

Post acquisitions, Tel Aviv startup scene has been decorated with all the above mentioned logos where Google, Apple, and Facebook have all set up engineering operations in Israel in order hire technically outstanding talents. Tel Aviv has become a serious Silicon Valley competitor where local venture capital funds are playing a major role in this game.

all photos can also be viewed at Ronsho Visual Art
http://ron-shoshani.fineartamerica.com

Thanksgiving and thanks getting 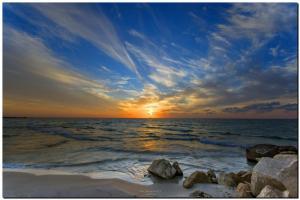 Its thanksgiving, this special day when we give thanks for all of our loved ones.

What a fantastic day to remember of being thankful and giving and the power of free unconditional love.

And we're reaching the wonderful holidays of the end of the year, its time to shine and recognize the blessings of our friends and family and all the positive things around us. There is a light that never goes out. 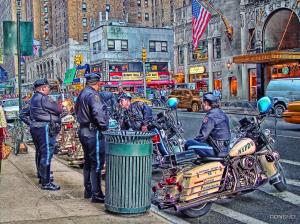 On that day of September eleven I had a flying ticket to New York, planning to stay there some days and then continue to Aspen, Colorado.i have the flying ticket with me still today as all flights were on hold on that day. I haven’t visited New York, but only four years later, where i took this photo of this NYPD unit.

Amazingly, NYPD located my photo in the internet and asked me to put it at their police station. and there it is, at NYPD station, highway patrol #15

The full story here my september eleven memorial and tribute

We shall never forget. 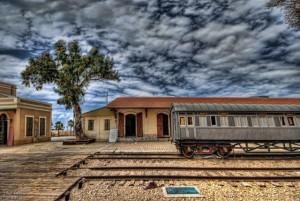 all photos can also be seen at Ronsho Visual Art
http://ron-shoshani.fineartamerica.com 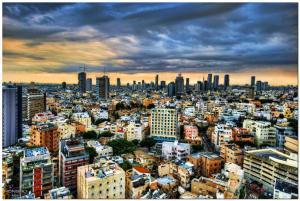 i'm always being asked by friends the same question: Which city in the world has the best and winning skyline ?

From photography point of view, everyone would agree that Manhattan in New York has the most sexy and beautiful city skyline. It is beautiful as if one is entering a toy shop. On the hand, some modern cities like Seattle, Chicago, Toronto or even Sydney – all these cities have a very memorable eye candy skyline both in daylight or at night time.

My city, Tel Aviv is a rather new city, around 100 years old only. Its has a mix a new and old. A few skyscrapers mixed with houses of almost 100 years. The result is therefore not a super fashioned city, but rather a romantic one. It would never look like Manhattan, New York, but it is loved.

What do you think ?
What is your favorite city skyline ?

The old and amazing train station built at 1892 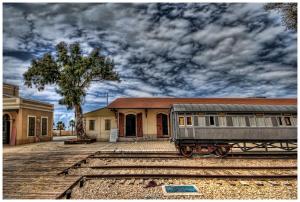 built on the dunes north to Jaffa, In the middle of the Tel Aviv ancient railway station built at 1892 standing this single wooden wagon at the end of the railway.

Behind the wagon, these are the major station buildings including the departures and arrivals waiting hall and the office where passengers used to buy tickets and get the information needed for their journey. In this waiting hall, pilgrims from Europe and from all over the world used to take the train during their journey to the holy city of Jerusalem one hundred years ago. This is the beginning of the tracks of the first train station of Tel Aviv that was built at 1892 which leads to one place only - to Jerusalem.

Tel Aviv first railway station built at 1892 is an historic train station located just off Neve Tzedek, at the junction where Tel Aviv dissolves into Jaffa. It was abandoned many years but had gone lately through a serious renovation process and now serves as a recreational site packed with cafes, bars and fashion boutiques. This place is called today - HaTachana.

The station is located at Neveh Tzedek neighborhood and is not active anymore. This is a view of the station with the set on tracks passenger wagon, the station buildings and some city new skyscrapers in the horizon. In this masterpiece of architecture we can see the renovated passenger wagon standing silently exactly on the beginning of the tracks to Jerusalem. Surrounded by colorful trees and a silent atmosphere, this is where pilgrims to Jerusalem used to start their journey a hundred years ago.

all train station photos can also be seen at Ronsho Visual Art
http://ron-shoshani.pixels.com 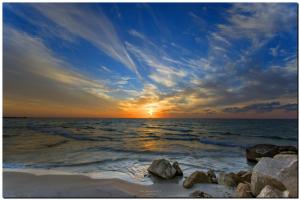 Photographer Ron Shoshani loves Tel Aviv and wants to show his city in its best light. You might think that a blustery weekend such as this presents a challenge but in fact, Shoshani finds that storm clouds suit his textured hyper-realism.

When we first profiled Shoshani (also known as Ronsho) he had just embarked on what has become a long-term project: recreating Tel Aviv’s image for the international audience.

As he recently recounted to the Ministry of Foreign Affairs, “Nowadays every self-respecting city is interested in tourism and has a portfolio of photos showing its potential and the beauty of its landscapes. Tel Aviv has as much to offer as those other cities, I’m absolutely sure…

"I realized that my city deserves such a portfolio, deserves it as a modern developing city, endlessly interesting for tourists. A city of business and entertainment, the sea and nightlife, wonderful parks, fascinating museums, and diverse architecture"

the story about a cityscapes photographer behind Ronsho Visual Art

This article is of the story of Ronsho, a cityscapes photographer who documents Tel Aviv in a romantic, glamor and fashionable style.

Ron Shoshani known as Ronsho, is an urban photographer. He lives in Tel Aviv and specializes in cityscape photography of local architecture.

His works have been published on magazine covers, articles and media around the the world. His photographs look as though they belonged to glorify the urban dream architecture and buildings photographed.

all photos can be viewed at Ronsho Visual Art
http://ron-shoshani.fineartamerica.com

Excuse Me, Do You Selfie? 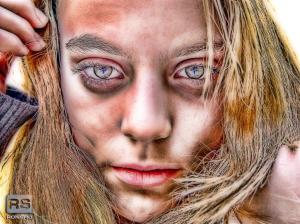 During 2012 the term “hashtag” had conquered the world by storm whereas now we are informed that the most popular word of 2013 is "Selfie", which is used for a picture taken by and of yourself usually using a smartphone or a webcam. Editorial committee of the Oxford English Dictionary announced that the word selfie, sometimes spelled “Selfy”, is the "word of the year for 2013 " and not only it is here to stay, it would even enter the Oxford dictionary

A number of spin-off terms have derived from self including “helfie” which is a picture of someone's hair and “belfie”, a snap of someone's bottom.

Self photography has become very common and popular in recent years, mainly due to availability, accessibility and ease of use of the camera on your mobile device. In the past, people were not photographing themselves that much, but mainly photographing landscapes, friends and family. These days a young person under the age of ten has a pool of self images which is greater than the collection of all photos his parents have gained in their life.

If a young person is taking a “selfie” on an average once a day, and also performs a number of takes until getting a proper result, then in one year these would have accumulated to at least a thousand self pictures, which would reach approximately 10 000 images before getting 20 years old. Some wouldl find their way to instagram, or Facebook, or Tumblr, or Twitter. For the comparison, previous generations had averaged less than 1000 photos earned throughout their lives, and most of them were not self images. This is a tremendous change with a conceptual and fascinating philosophical implications.

About 20% of the population is preventing or deterred from photography and exposure, and absolutely of self photography. Many people do not like being photographed, and feel uncomfortable when the camera is directed at them.

On the other side of the scale there are quite a few people performing "selfie" during some very intimate and sensitive situations.

Self photography was also served for many years as a therapy in which people gradually learned to adapt and learn to like themselves and maybe even love their appearance. In our “Selfie” era people perform this therapy independently: checking angles of flattering self photos - photos from above, below, to the right or left, photos with a particular background and with different clothes .

One of the beautiful processes seen is where people start nervously to selfie and only with sunglasses, and gradually gain confidence, daring to remove sunglasses, shooting selfie of some face parts but not to full face exposure, moving to unconventional angles, to the point where they shoot themselves in exposed and fullness.

A similar learning process occurs with the selfie shots, and it's always intriguing to review the progress from the first innocent selfie photos all the way until the advanced part of the game where everything taking place in front of the camera is calculated.

Selfie is here and stay. This is not a passing phenomenon . It is part of a new fast lifestyle extroverted and personal expression.

btw, do you selfie?

the full portfolio can also be seen at Ronsho Visual Art
http://ron-shoshani.fineartamerica.com